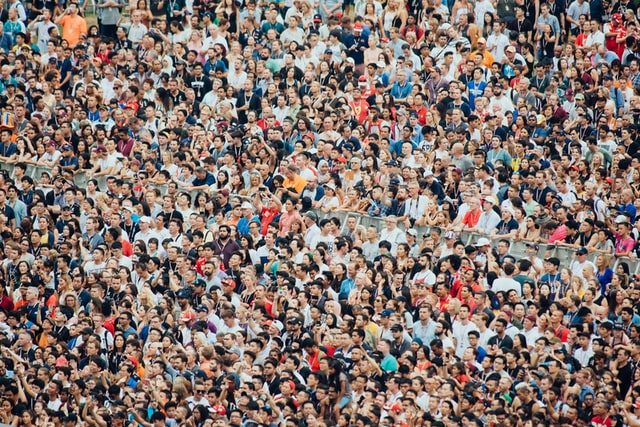 When I got the news they were coming, I very excitedly put together a Thanksgiving dinner menu containing all our favorites: sweet potato casserole, hashbrown casserole, green bean casserole... man, we eat a lot of casseroles. I figured we'd forgo fried Turkey for something we can buy from a store since we don't have the proper Turkey frying equipment like the big pot or enough distance from the house to avoid burning it down. So that got me thinking, what would make a good alternative to the Thanksgiving turkey?

Not everyone is so hot on the iconic Thanksgiving fowl. My family sure isn't: frying it was the only way we would even eat the thing. Some people may not have the time or will power. Some people may have completely forgotten until the very last moment and you have to rush to the store and your car's gas light came on while you were looking for parking and the store is full of crazy people and you had to wrestle a soccer mom for the last turkey and that lady must be into CrossFit because wow that hurt and the teenager at checkout is a disinterested temporary seasonal worker and the machine glitched out on him and now you gotta wait for the manager and the people behind you are giving you the stink eye like it's your fault and exCUSE ME, sir, did you just grab the cranberry sauce out of MY CART????... Anyways, I've quested into the wilds of the internet and have brought back 5 (mostly easy) alternatives to feed the oncoming hordes of hungry mouths invading your abode this Thanksgiving.

First, some honorable mentions: Salmon, Pork Roast, Rib Roast, Pot Roast, Roast Lamb, really any type of roast, lasagna,  rabbit apparently, and I'm sure you could shove a whole head of lettuce in there too. All of these dishes have the show-stopping punching power to be the star of your thanksgiving smorgasbord. But they take a bit of planning and know-how. The items on our list are more about quick and/or easy solutions for your thanksgiving troubles.

Maybe you don't like turkey, but you can at least tolerate some chicken. Youcan roast it, adjusting your thanksgiving recipe to accommodate a smaller bird of a different species. Or you can try any of the million other ways of preparing chicken. Chicken is pretty easy to work with, and there are so many recipes that it should be easy finding a crowd-pleaser. If that's not easy or quick enough, considering buying a fully cooked rotisserie chicken from your favorite grocery store.

Ok, ok, we all know good BBQ brisket is not "easy" but it's on this list for three key reasons. 1. We're in Texas, if the earth below us were to ever turn edible, it would taste like beef brisket. 2. It's what my family decided to eat this year since none of us like turkey. 3. You can buy it damn near everywhere, and (this being Texas) there are A LOT of great options.

If you've seen the Holiday Classic "A Christmas Story" a million times as I have, you'll remember that the Family's Christmas dinner was liberated from their dining table by their neighbor's horde of unruly canines. To remedy this dilemma, Old Man Parker took the family to a Chinese restaurant where they had Peking duck with all the fixings. Now, A Christmas Story was released to theaters in 1983 and is set in 1940. In both cases, this was well before I was born, and for as far back as I can remember, very few restaurants, even exotic ones, are open on Thanksgiving (or Christmas for that matter). On the other hand, they're pretty much all open the day before Thanksgiving, and a great many of these have catering menus or foods that can be taken home and expertly reheated. You don't HAVE to eat Turkey on thanksgiving. You don't even have to eat American food on thanksgiving. Try something different.

I already mentioned chicken in this list, but let's set the bar even lower. No, that's not a diss on your grandma's southern fried chicken recipe. I'm talking about getting a bucket-full from restaurants like KFC or Popeyes. If you have your own sides, the flavor profile of their chicken is broad enough as to not offend or clash with other dishes. If you don't have any side dishes prepared, they've got your covered with a full menu of sides.

The bar is so low it makes fish in the Mariana trench jealous. If any food place is going to be open up to the eleventh hour on a Holiday, it's going to be a fast-food franchise. YES! I KNOW! FAST FOOD? FOR THANKSGIVING? BLASPHEMOUS HERESY!! Before you carry me off to be burned at the stake, hear me out. The most important thing on Thanksgiving isn't the food or where it came from. The most important thing is who you're sharing that food with. Family, Friends, Lovers, Pets, Neighbors, Coworkers, Mortal Enemies, "the man in the mirror",  whoever you're sharing that cold soggy french fry with is more important than the french fry itself. And hey, if it's good enough for the White House to serve the National College Football Playoff Champions the Clemson Tigers, it's probably good enough for you.


Listen, 2020 hasn't been the year anyone was hoping for. Personally, I didn't meet my weight loss goals, like not even close, and that's making me a bit of a grouchy goose. Some find themselves now throwing everything they can into making the Holiday Season feel extra special. Some are doing their best to adapt their holiday traditions to the new normal. Others still will count just making it to the Holidays as a win. It may be tough finding things to be grateful for, but I'm sure we can all think of a few bright spots throughout the year. For me, a couple of these bright spots include getting the chance to know my co-workers better and develop new friendships, as well as having the opportunity to travel back home to Alabama to be with my parents for a few days. Both of these bright spots were preceded by some troubling events, but that's the thing about light; it shines brightest in the dark. What were some of the bright spots in your year?