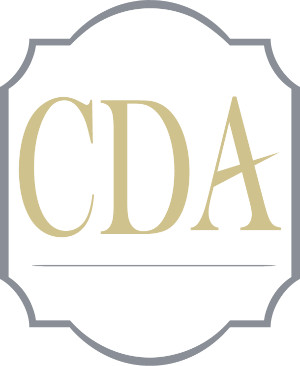 Let's get real: most of us could probably do with a few healthier habits to help take care of our hearts. Cutting back on junk food and alcohol while adding a few minutes of or exercise each day can help the old ticker keep on tickin'. But before you try duel-wielding shake weights, you might want to take a closer look at how you wield your toothbrush.

Periodontal disease is an infection of the tissue that holds your teeth in place (i.e. you gums). It is a disease marked by gum infection, inflammation, and tooth damage. Its most commonly caused by poor oral hygiene, and in advanced stages can lead to sore bleeding gums and you could even lose some teeth. By not taking good care of your teeth, plaque (a sticky film of bacteria) is allowed to build up and harden on your teeth.

Remember in high school or college, getting to bed late and skipping the toothbrush for a couple of extra minutes in bed, then giving it a miss again in the morning because biology started five minutes ago? Yeah, well, that's a bad, and not just because your friends refused to stand next to you. The bacteria that's been building up in your mouth can enter the bloodstream where they may exacerbate existing conditions or even cause new ones all over the body, including the heart.

Guess who didn't brush their teeth. That's right. The one taking the picture.

In 2018, a study presented by the American Heart Association found that people who brushed less than twice a day for less than two minutes were at greater risk of having or even dying from a heart attack, heart failure, or stroke. They had three times the risk compared to people with better oral hygiene. The lead researcher for the study, Dr. Shogo Matsui, says these findings suggest  "poor oral health, based on daily teeth-brushing behavior, is associated with" poor heart health.

Speaking on the finding of the study, Dr. Ann Bolger - a cardiologist and professor of medicine emeritus at the University of California, San Francisco - said that with periodontal disease "the body may be in a sort of continual state of inflammation, and this seems to be a very powerful predictor of cardiovascular disease..." She also added that "the role of inflammation in the occurrence of cardiovascular disease is becoming more and more evident..."

The study was not without its limitations. For one thing, it's possible that those in the study who took good care of their teeth also had other healthy habits that lowered their risk for heart-related diseases. And why not? If you're frequently springing for that $10 protein shake after your 45-minute lift sesh, it's a bit of an oversight not to spend a few minutes at the end of your day flossing that quinoa out of your teeth.

There's a separate study published earlier that same year which found that gum disease may worsen blood pressure and interfere with drugs that treat hypertension.

The link between gum disease and heart disease certainly needs more research. Regardless, improving your oral health by means of simply brushing and flossing regularly is a very simple and cheap fix that's hard not to recommend.