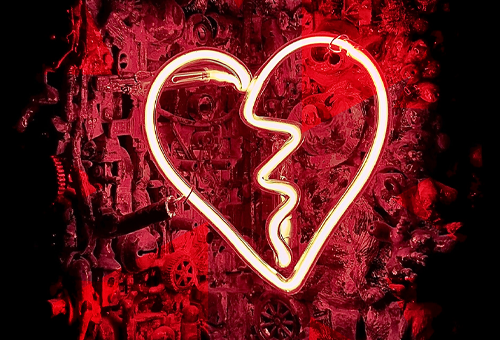 I'm sure if you went outside and asked a bunch of random strangers what a heart attack is, most of them would give you very similar answers. Heart attacks - their general symptoms and causes - are nothing new to the modern zeitgeist. But let's be real: for most of us, what we think of as heart attacks is ripped straight out of movies and telenovelas (I'm looking at you Mom... and Dad).

Pictured above: not my beautiful parents, but one of the MANY Korean dramas on Netflix they've likely already seen in the last 3 years.

What you think of as a heart attack may actually be Cardiac Arrest. Yes, there is a difference. A big and dramatic difference. Don't worry, we'll help clear things up.

So tell me if this sounds familiar: you're watching your favorite show, two characters are arguing about something, when one of them suddenly keels over, clutching their chest, and loses consciousness. Later on in the series, the event is referenced to as a heart attack and marks the dramatic turning point in a character's arc or in the plot as a whole. Thing is, the sequence of events described above is more symptomatic of cardiac arrest than a heart attack.

Let me explain. Cardiac arrest happens when there's an electrical malfunction in the heart that causes abnormal heart rhythm such as with ventricular tachycardia (beating too fast), ventricular fibrillation (beating in 5/8 when you're supposed to be in 4/4), or bradycardia (beating way too slow).

It's a music theory joke. Get it? No? :( ok fine, "irregular heartbeats"

‍
Other possible causes of this electrical malfunction include scarred heart tissue (can be caused by a heart attack), a thickened heart muscle (which can be caused by high blood pressure), certain heart medications, and recreational drug use.

Cardiac arrest can strike without warning. The afflicted may suddenly be unable to respond in any way, and instead of breathing normally they may be gasping for air. Fits perfectly into Hollywood dramatizations of "heart attacks", doesn't it?

So then, what's a heart attack? I'm glad you asked. A heart attack occurs when your heart doesn't get enough oxygen. In a process called atherosclerosis, the coronary arteries narrow from the build-up of plaque (fat, cholesterol, and other substances). When this plaque breaks, a clot is formed which can restrict blood flow to the heart (cardiac ischemia). When the heart isn't able to get the oxygen and nutrients it needs, part of the heart tissue dies. This is called a myocardial infarction, or heart attack.

As you can see, a heart attack is a circulation problem, where your heart doesn't get enough oxygen and experiences tissue damage. Cardiac arrest is an electrical problem where the old ticker starts tickin' all funny like. But the symptoms of a heart attack are also markedly different.

During a heart attack you may experience chest discomfort that lasts more than a few minutes, or goes away and returns. It can feel like pressure, squeezing, fullness, or pain. You can also feel discomfort in other parts of the body like the arms, back, neck, jaw, or stomach. You could break into a cold sweat, experience nausea, lightheadedness, or shortness of breath even without chest discomfort.

Cardiac arrest has you unresponsive. The silver lining on the dark cloud of a heart attack is that you're much more aware and able to make efforts that could save your life. In the case of either cardiac arrest or a heart attack, someone should call 911 immediately.

One of the common after-effects of cardiac arrest and heart attacks is a condition called heart failure. This is when the heart isn't pumping as well as it should be, so the heart tries to make up for it by contracting more strongly to keep up with the body's demand for the oxygen and nutrients carried in the blood. Over time this results in an enlarged heart that, for a while may be able to compensate for the heart's weakness, but eventually will no longer be enough.

Most people who have or have had other heart conditions such as coronary heart disease, high blood pressure, or a previous heart attack develop heart failure. You risk of developing heart failure also goes up as you age., or if you have diabetes, obesity, or sleep apnea. Symptoms of heart failure include shortness of breath after doing simple tasks, swelling in the feet, ankle, or abdomen, sudden weight gain of 2-3 lbs in 24 hours, fatigue, and increased heart rate. While any one symptom may not be a sign for alarm, if you have two or more of these, you should report them to your healthcare professional and ask them to evaluate your heart.